Besides working as a consultancy, Widowgrove is also home to a number of my own projects - from games to books and beyond. Below you can learn more about my various projects - and find out how or when you can get hands-on with each project. 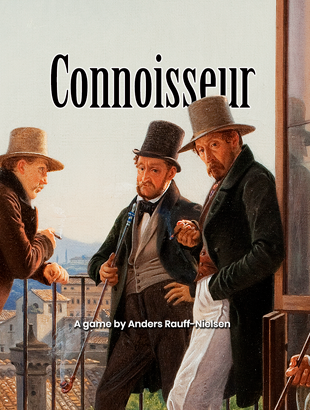 "Compete with friends and family in this fun, social art aution card game, featuring artwork by legendary artists like Manet and Rembrandt.

Will you find the perfect show piece for your collection on the Black Market or grab the star-lot in the auction house bidding war, right before the eyes of your rivals?

Join the auction and prove that you are the greatest connoisseur of all... 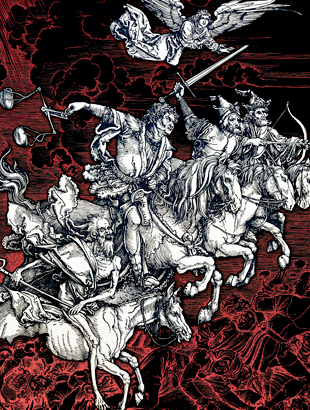 A card game, inspired by "Karnöffel" - the oldest known european card game, dating back to the 15th century

In Denmark we have a card game called "brus", which I often played with my grandmother when I was a kid.

One day, I re-encountered the game and realized that "brugs" was a Danish variant of "Karnöffel".

Using illustrations from my Albrecht Dürer (1471-1528) collection, I created an easy-to-learn version of the game, themed around the Apocalypse - where players compete to harvest the most valuable souls at the end of days. 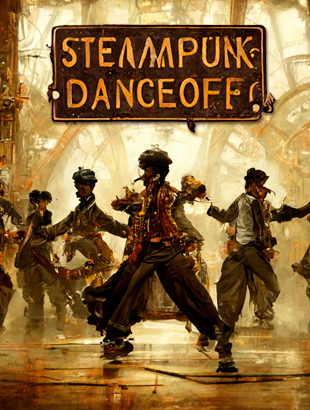 A "king-of-the-hill" card game, where players compete to earn the most "street cred" during an intense dance-off

Steampunk Danceoff is designed to be simple, fast paced and easy-to-learn. An ideal "filler game" for game nights.

Each player controls their own character in a high stakes dance-off - where only the best and bravest dancers earn 'street cred'. All others will surely get dissed!

The game also serves as a development test for creating artwork based on AI generated images. In this case I use the MidJourney AI. 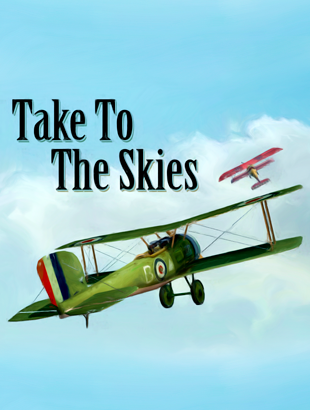 Take to the Skies (Board Game)

Each player controls a single bi-plane in a cutthroat dogfight, which requires both skill, planning and luck if you are to shoot down your adversaries.

The game is easy-to-learn, but it takes time to master the art of predicting your opponents and navigating the ever-changing cloud cover.

The game can be played in teams or as a Battle Royale. 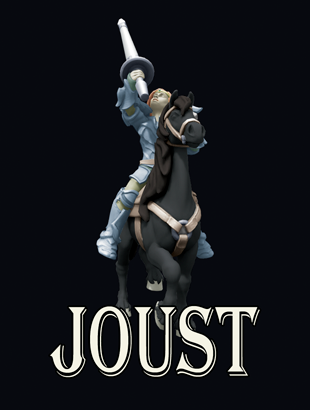 Join in a medieval jousting tournament to fight or bet your way to win it all - inspired by "A Knight's Tale".

In 'Joust' players compete in 1v1 jousting battles, while the remaining players have time to bet on who will be the winner.

While there is great earnings to be had by winning the jousting competition itself - the true winner of "Joust" is the player who earns the most gold during the tournament.

The game is inspired by a movie favorite of mine - "A Knight's Tale". If you haven't watched it - its about time! 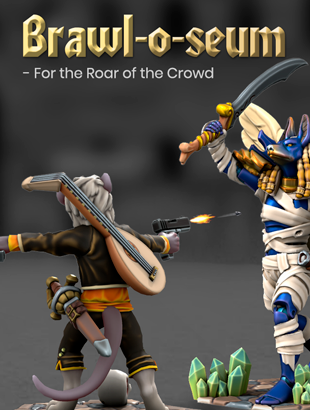 An innovative take on hex-based arena fighting games, where players compete to be the crowd favorite.

In the Brawl-o-seum players fight to win over the crowd, by serving up to most awesome, damaging and stunning display of fighting.

The game features an innovative new battle system and the prospect of many cool and varied characters - each with its own unique skill set.

The game is designed to be easily accessible, but with a great deal of depth - making it hard to truly master. 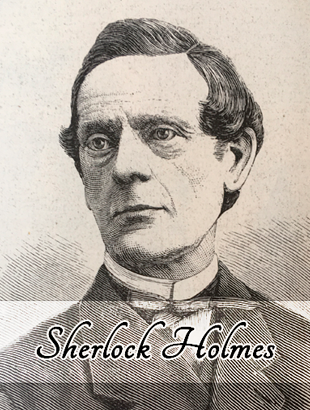 Test your deduction skills in a narrative, card-based riddle "game" - playable alone or as a co-op experience

In this puzzle game, you must solve the riddle of "who did it", by reading through a set of witness statements and deducing where to place each evidence card in a deduction matrix.

The scene is set in the late 1800's high society - where you (and your friends) take on the role as the (hopefully) know-it-all detective.

The game is presently illustrated with original 1860-1890 PD drawings from my print collection. 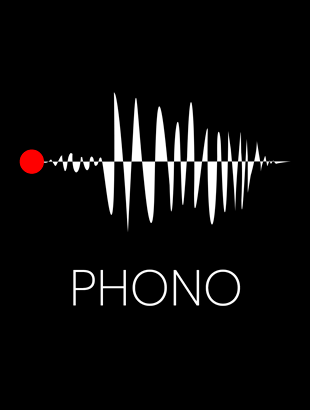 Phono is envisioned to offer players a very different, sensoric game experience - with a game that solely exists in an audio universe.

The game started out as a design experiment - aiming to create an arcade game that is a pure audio experience.

The game is currently in a first playable, with tutorials and menu flows to come. It is a hobby project that moves along when we have time to meet up a give it another nudge 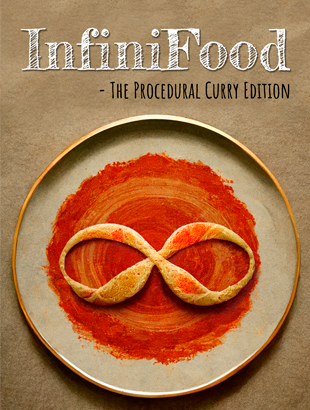 I love cooking and have done so for many years. I also love game design and have a fondness for procedurally generated content and experiences.

One day - while reading "the ultimate curry bible" - I got a flash of inspiration: A system that would create new recipes and taste experiences.

By chance, my friend Rasmus Heeger voulenteered to program the initial version, which I am now "taste testing". 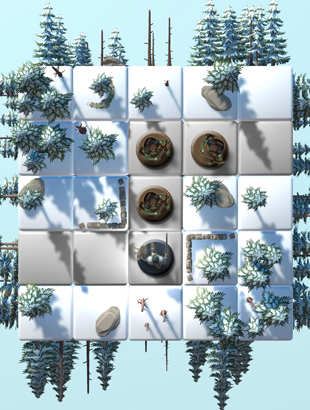 The game is inspired by puzzles like the Rubic's Cube and the Tower of Hanoi - with levels scaling from extremely easy to ridiculously hard.

The game has nearly 60 levels and is playable in an alpha version - now it "just" needs bug fixing, sound, graphics and polish.

It is designed for Mobile/Tablet and build in collaboration with my friend Christian Krogh. It is a labor of love, which advances whenever we have time to work together. 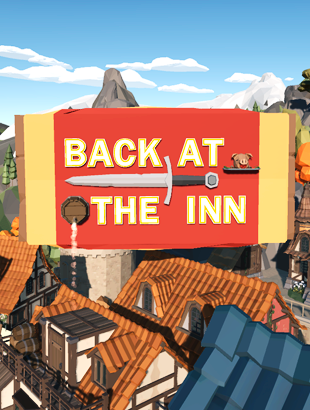 Back at the Inn (Digital Game)

In this single player 3D Roguelike, you venture into the fantasy realm armed only with a set of dice.

'Back at the Inn' is a classic Roguelike, inspired by games like "Slay the Spire" and "Dream Quest".

However - in Back at the Inn - you venture through a 3D fantasy realm, armed only with a set of dice. Luckly all the monsters have decided to play fair and just roll their dice as well.

The USP of this game is its dice manipulation mechanics, that will allow you to alter dice both in and out of combat. 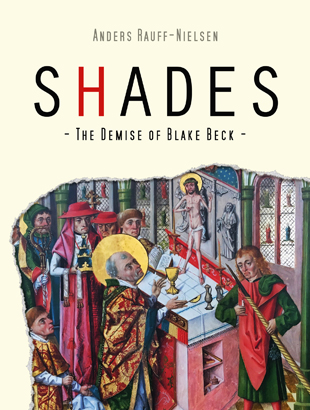 "For Blake Beck, it proves to be no ordinary day when he finds a razor blade in the morning mail. He hardly expected the morning mail to include a letter from his boss telling him to kill himself.

Following his instincts to save himself, Blake sets out on a fateful hunt through life and death to save himself and his fellow souls – only to discover that he is merely a pawn in the chess game of gods..." 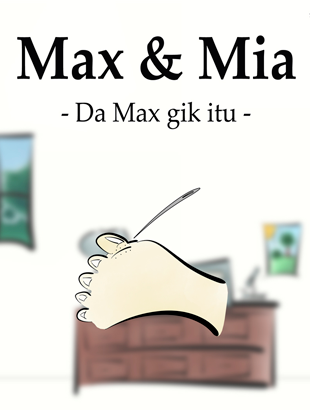 A learn-to-read book, written for my own daughter Gaia inspired by Mary Shelly's "Frankenstein". On Amazon now.

The book is written in short words only and has been published on both Danish and English.

It is the tale of Max, who sadly falls into a hole and goes to pieces. Luckily Mia finds him and brings him home. Here she sows him back together and jolts him back into life.

The book was written and illustrated for my daughter when she was young. 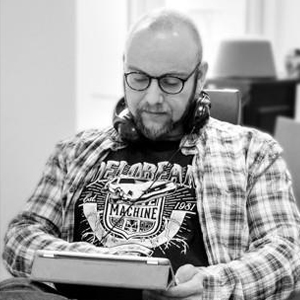